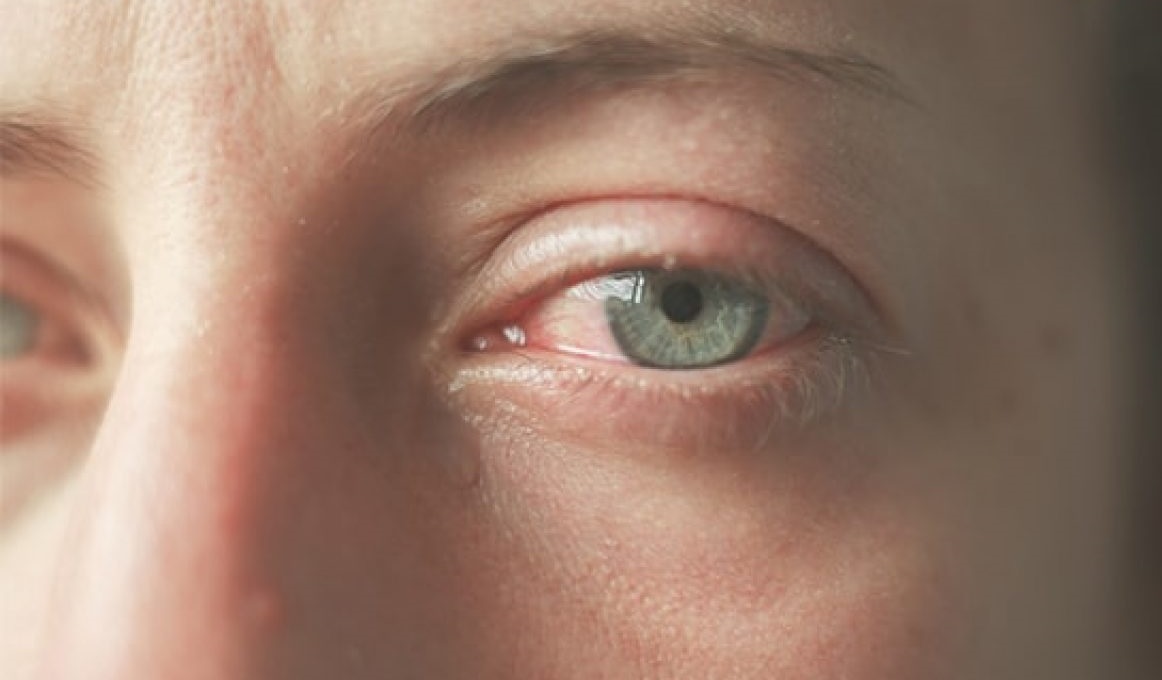 Puffy eyes from crying refer to inflammation of the tissues around the eyes (above, below, or all around) due to an extended period of crying. The real puffiness is caused by periorbital edema or liquid build-up around the eye.

Aging, weight increase, and genetics can also play a role. Causes of the fluid build-up can be due to a number of other things, like illness (such as mononucleosis), lack of sleep or over-sleeping, crying, diet, allergies, and other things like aging, gaining weight, or genetics.

Figuring out the main cause is extremely helpful when it comes to really targeting the problem, instead of just covering it.

While sleeping, we usually don’t blink. And this can be part of the reason why eye puffiness occurs. Blinking for the eyelids is like walking for legs. When dormant, some people might develop inflammation. A related action occurs in the eyelids, closed, non-blinking eyelids during sleep and can possibly swell in certain individuals prone to this problem.

So in the mornings, you could wake up with strangely puffy, inflamed eyelids. As soon as you begin blinking, some of this swelling can reduce in an hour or so.

Eye allergies linked to conditions such as hay fever also can produce puffy eyes. Other types of allergies, such as reactions to certain foods or chemicals, can lead to swollen eyelids.

Eye infections such as pink eye can cause Puffy, swollen eyelids and dark circles under the eyelids. These swollen eyes are caused by inflammation related to the eye infection, which directly disturbs the neighboring eyelids. Also, dry eyes can cause general puffiness and inflammation.

More Read:  4 Ways To Use Relaxing Massage To Become Irresistible To Your Partner

Diseases like kidney failure also can lead to general inflammation throughout the body, including the eyes.

Causes of Puffy Eyes in Summary

Puffy eyes mostly result from a variety of the following factors:

Remedies for Puffy Eyes From Crying & Other Causes

Consuming too much sodium is a common cause of water retention, even if you don’t have an existing situation that would make you prone to it (kidney disease.) due to the imbalance of salt and water, water gets sucked out of your cells and puffs up your tissues.

The resulting effect can affect your eyes, filling out the tissues around the eye cavity, and triggering puffy eyes.

Chamomile is effective for decreasing puffiness triggered by allergies. While it can help with swelling in general, when it comes to your eyes, it’s really the properties that relieve itchy and irritated skin that make the difference with any inflammation.

It also works great when it comes to tired or strained eyes. Laying the tea bags directly over your eyes can help reduce discomfort and the presence of irritation/inflammation. Chamomile is a great way to relieve dry and puffy eyes from crying due to its relaxing and calming properties.

It’s naturally anti-inflammatory and its soothing properties help replenish the lost moisture in the eyes and lessen the irritation caused by the condition.

Put a teaspoon of dry chamomile herb into a cup of hot water, allow it to soak for at least 10 minutes and then Strain and cool it in a fridge. Take a couple of cotton pads and dip them in the chilled tea and Put them on your closed eyes and leave them on for 10-15 minutes. This can be done 3-4 times daily until relief is obtained.

Cold Compress Remedy for Puffy Eyes from Crying or Other Causes

A cold compress can temporarily reduce the presence of puffiness. The cold tightens blood vessels, which slows down the flow of fluid into the tissues and decreases puffy eyes from crying or other causes. You can easily just put some ice into a bag, or create a compress that can be used for both heat and cold.

Simply fill up a bag with corn syrup and put it in the freezer and use it when necessary. Because of the high sugar content in the syrup, it will not freeze solid but does get close. I let it stay for 5 to10 minutes to soften up first.

If you have a tendency of waking up with puffy eyes that diminish as the day goes on, elevating yourself while sleeping may help lessen the appearance. It mostly depends on the individual, fluid can gather and build up around the eyes when you’re lying flat and sleeping.

Propping yourself up or even just sleeping on your back can help keep things in circulation, which reduces the puffiness first thing in the morning.

Use an added pillow to elevate your head or, if you’re concerned this may make you wake up with sore muscles, place small blocks of wood under the legs at the top of the bed to elevate it slightly. Make sure it’s extra steady to avoid falling off.

Cucumber Slices as Remedy For Puffy Eyes From Crying

Cucumbers have strong antioxidants and flavonoids that are thought to diminish most forms of eye inflammation. Cucumbers are rich in water that helps relieve eyes irritants, they are also made up of vitamin A, the topical application of which has been confirmed as a remedy for puffy and itchy eyes. Cucumber is one of the most common remedies for eye irritation like puffiness.

Buy or get a cucumber, chop it into two into round slices, put in ice-cold water for 10-15 minutes, and lay them on your closed eyelids for 10 more minutes for relief.