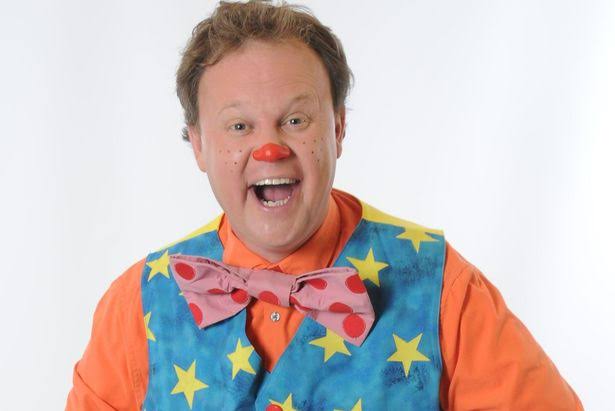 Up and down the country almost every child knows who Mr Tumble is, and even some parents would have grown up sitting by the telly watching him. The bubbly TV personality with his red nose, spotty tie, and colourful attire is a cherished icon of British television and has been a saving grace for many parents.

He has children yelling, dancing and waving in excitement. However, away from the spotlight and cameras, he is known simply as Justin Fletcher. The 51-year-old grew up in Reading in Berkshire.

The county is widely known to have played host to countless other A-listers such as Eddie Redmayne, George Clooney and Geraldine McEwan. Justin is estimated to be worth around £1.5 million, which he has earned through his work as a comedian, presenter and actor.

He reportedly attended Theale Green School and has three sisters and one brother. He worked for Sounds Good in Theale as a cassette duplicating machine operator.

He cemented his name in every household following his show, Something Special, which aired in 2004. Viewers could join Mr Tumble where the programme used Makaton signs, speech and symbols to help children learn how to communicate. Nowadays, he can be seen regularly starring in Reading pantomime shows at the Hexagon.

In 2008, Justin won a BAFTA for best Children’s Television Presenter. That same year saw the Queen present the star with an award for services “to children’s broadcasting and the voluntary sector”.

Justin Fletcher does not have any children and is understood to be single. In 2012, he revealed to our sister title the Mirror: “I’m not married, live alone and have been single for a while now because I’ve been a workaholic filming Something Special, Justin’s House and Gigglebiz”.

He added: “I would love to have children so need to find someone who likes kids. A couple of kids would be lovely.” Fletcher often returns to his birthplace, Reading, to visit family.